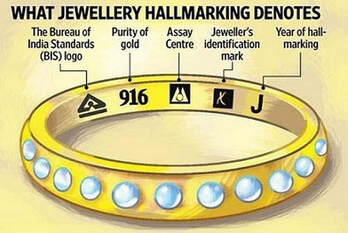 Hallmarking of Gold Jewellery and Artifacts
NGT upholds rights of pastoralists in Banni grasslands           -  Banni is the largest grassland of Asia situated near the Great Rann of Kutch in Gujarat.
-  It accounts for almost 45% of the pastures in Gujarat.
- Two ecosystems, wetlands and grasslands, are mixed side by side in Banni.           - Maldharis are a tribal herdsmen community inhabiting Banni.
- Originally nomads, they came to be known as Maldharis after settling in Junagarh (mainly Gir Forest).
- The literal meaning of Maldhari is keeper (dhari) of the animal stock (mal).
- The livestock include sheep, goats, cows, buffalo, and camels.
- The Gir Forest National Park is home to around 8,400 Maldharis.          - Under the provisions of the Act, forest dwellers cannot be displaced unless the rights settlement process has been completed.
- Moreover, the Act has a special provision for setting up ‘Critical Wildlife Habitats (CWH)’, for the conservation of the species.
- The Act identifies four types of rights:
Title rights: It gives FDST and OTFD the right to ownership to land farmed by tribals or forest dwellers subject to a maximum of 4 hectares.
Use rights: The rights of the dwellers extend to extracting Minor Forest Produce, grazing areas etc.
Relief and development rights: To rehabilitate in case of illegal eviction or forced displacement and to basic amenities, subject to restrictions for  forest protection
Forest management rights: It includes the right to protect, regenerate or conserve or manage any community forest resource which they have been traditionally protecting. 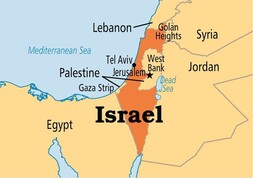 India - Israel Cooperation In Agriculture Indo-Israel Bilateral Cooperation
Historical Ties: Economic Cooperation: Defence Cooperation: Covid-19 Response:
Gholvad Sapota GI from Maharashtra         - Alphonso Mango, Puneri Pagadi, Nashik Valley Wine, Mahabaleshwar Strawberry, Warli Painting.         - GI is an indication used to identify goods having special characteristics originating from a definite geographical territory.
- It is used for agricultural, natural and manufactured goods.
- The Geographical Indications of Goods (Registration and Protection) Act, 1999 seeks to provide for the registration and better protection of geographical indications relating to goods in India.
- The Act is administered by the Controller General of Patents, Designs and TradeMarks- who is the Registrar of Geographical Indications.
- The Geographical Indications Registry is located at Chennai.
- The registration of a geographical indication is valid for a period of 10 years. It can be renewed from time to time for a further period of 10 years each.
- It is also a part of the World Trade Organisation’s Trade-Related Aspects of Intellectual Property Rights (TRIPS).